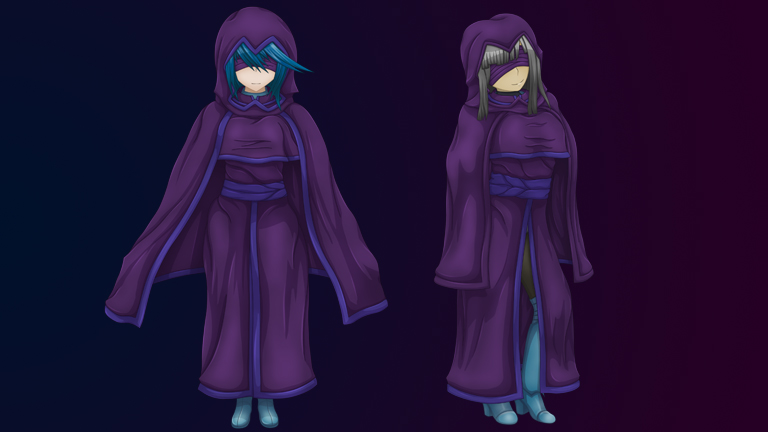 The extradimensional space Makai is largely outside the boundaries of the regular law enforcement. It is instead supervised by a number of paramilitary organizations, collectively known as the Hunters.

All Hunter organizations are associated with at least one of the Four Goddesses of Makai. Some of them are large and visible and may deal with everyday crime or handle the security of the Makai portal network. Others are more secretive and may fight against organized crime or hunt dangerous magical beasts.

The most mysterious Hunters are those associated with the Mistress of Souls. Few people know that such Hunters even exist and even fewer know about the secret realm where they operate.

“Very perceptive. You seem to know a bit too much for your own good.”