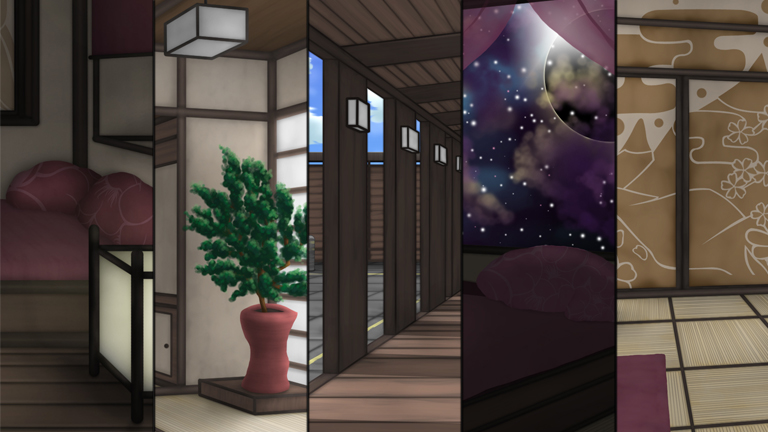 The environment of Project S is strongly inspired by (old school) Japanese architecture. Of course, it’s not strictly Japanese, since Japan, even a fictional one, doesn’t exist in the game universe.

Makai is an important place in the new project. Not the least because the mansion (where things mostly happen) is located inside Makai. Twin Blue Moons featured a tiny slice of Makai, but it was mostly crumbling ancient pathways. This time, there will be modern stuff… like yellow lines (<— you should stand behind them, you know, for your own safety).